ArtÝculos relacionados a University, Inc: The Corporate Corruption of Higher... 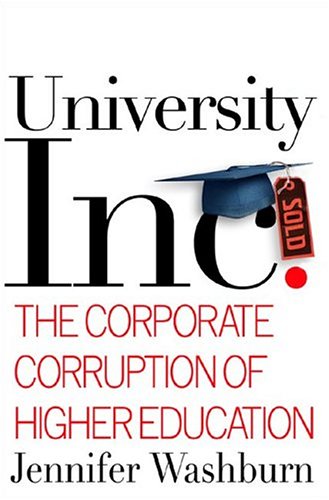 How the emerging alliance between the worlds of academia and business puts our universities at risk and how this union will affect us all. Our federal and state tax dollars are going to fund higher education. If corporations kick in a little more, should they be able to dictate the research or own the discoveries?During the past two decades, commercial forces have quietly transformed virtually every aspect of academic life. Corporate funding of universities is growing and the money comes with strings attached. In return for this funding, universities and professors are acting more and more like for-profit patent factories: university funds are shifting from the humanities and the less profitable science departments into research labs, and the skill of teaching is valued less and less. Slowly but surely, universities are abandoning their traditional role as disinterested sources of education, alternative perspectives, and wisdom. This growing influence of corporations over universities affects more than just today's college students (and their parents); it compromises the future of all those whose careers depend on a university education, and all those who will be employed, governed, or taught by the products of American universities.

Jennifer Washburn is currently a Fellow at the New America Foundation. Formerly a Fellow at the Open Society Institute and a senior research associate for the Arms Trade Resource Center of the World Policy Institute at the New School for Social Research Washburn writes for The Atlantic Monthly, The Nation, Lingua Franca, the American Prospect, and other national magazines. She lives in Brooklyn, New York.