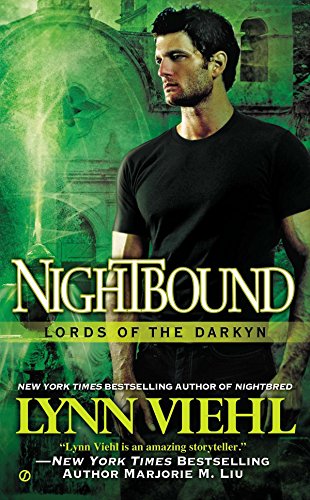 Praise for the work of Lynn Viehl

New York Times bestselling author Lynn Viehl continues her captivating Lords of the Darkyn saga, as a warrior of hidden legacy is finally allowed to enter the fray....

Beaumaris of York has many secrets. No human can know that he’s an immortal Darkyn assigned to Knight’s Realm, the Kyn stronghold disguised as a medieval theme park. And none of his brethren can discover that he’s a half-breed, rescued from slavery as a child. Lately Beau has been yearning for action—and he’s about to find it with his new mission.

Brilliant archaeologist Dr. Alys Stuart is infamous for her extraordinary theories—especially those concerning the mysterious Knights Templar—and she is unaware that her research is funded by the Kyn coffers. When the Kyn sends a vexingly good-looking man to assist—and protect—her, she doesn’t expect the surge of attraction she feels for him.

When a powerful Templar artifact surfaces, Alys and Beau must trust each other enough to stop mankind’s greed for immortality from sparking a war between mortals and Kyn that will destroy the world.. NOTA: El libro no está en español, sino en inglés.

1. Nightbound: Lords of the Darkyn

2. Nightbound: Lords of the Darkyn

3. Nightbound: Lords of the Darkyn