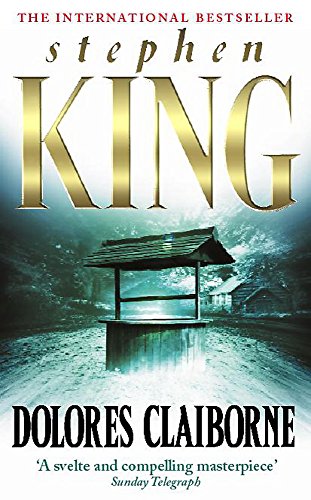 'A svelte and compelling masterpiece ! It is not just a powerful book, it is a beautiful book ! Only a novelist of the very first rank could combine comedy and tragedy so judiciously ! It is an exciting change of gear and a very fine book has resulted' -- Sunday Telegraph '! the climax of Dolores's confession ! is one of his most accomplished and macabre set-pieces, a homicidal-rhapsody-in-bluechh ! Its message touches a nerve that has been raw since man first walked on two legs' -- The Sunday Times 'An incredibly gifted writer, whose writing, like Truman Capote's, is so fluid that you often forget that you're reading' -- Guardian

Suspected of murdering the crippled widow for whom she worked as a housekeeper and companion, Dolores Claiborne has a story to tell. But it isn't the one the police are expecting to hear. It's a little darker, a little stranger - and a lot more horrifying.