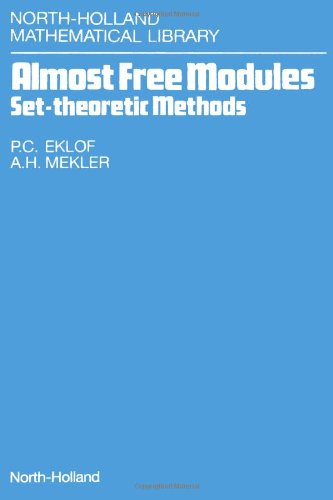 This is an extended treatment of the set-theoretic techniques which have transformed the study of abelian group and module theory over the last 15 years. Part of the book is new work which does not appear elsewhere in any form. In addition, a large body of material which has appeared previously (in scattered and sometimes inaccessible journal articles) has been extensively reworked and in many cases given new and improved proofs. The set theory required is carefully developed with algebraists in mind, and the independence results are derived from explicitly stated axioms. The book contains exercises and a guide to the literature and is suitable for use in graduate courses or seminars, as well as being of interest to researchers in algebra and logic.