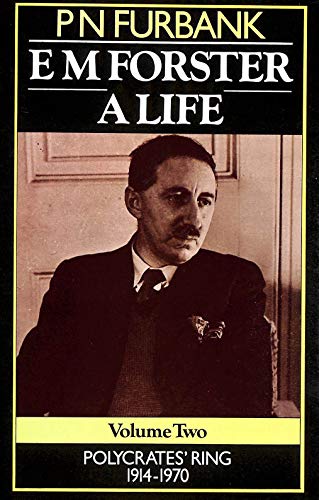 Edward Morgan Forster died in 1970 at the age of 91, having achieved a world-wide reputation as an outstanding writer. Though best-known for his novels - Howard's End and A Passage to India are arguably the finest - he was also a brilliant critic and essayist and the author of some remarkable short stories. Forster was born into a mixed family background of bohemia and prim respectability. Indulged, cosseted, dressed up and shown off by his adored mother Lily, it was not surprising that he found public school life painfully harsh. Cambridge began the emancipation - intellectual, artistic, social, and sexual - which Forster's experiences abroad, his growing literary reputation, his deep friendships, and his love affairs were to extend. In his closing years Forster invited Furbank, a close friend, to write his biography. Based on the full range of private diaries, correspondence, and personal reminiscences, this book (first published in 1977) is the authorized and definitive 'life' of Forster. In the words of John Bayley, 'it is impossible to overpraise Furbank's style and sympathy as a biographer'; according to Noel Annan, 'he has done what Forster asked his biographer to do: he has told the truth'.

Descripción Hardback. Condición: Very Good. The book has been read, but is in excellent condition. Pages are intact and not marred by notes or highlighting. The spine remains undamaged. Nş de ref. del artículo: GOR002243148

Descripción Secker & Warburg. Hardcover. Condición: Good. A copy that has been read, but remains in clean condition. All pages are intact, and the cover is intact. The spine may show signs of wear. Pages can include limited notes and highlighting, and the copy can include previous owner inscriptions. The dust jacket is missing. At ThriftBooks, our motto is: Read More, Spend Less. Nş de ref. del artículo: G0436167565I3N01

Descripción Martin Secker & Warburg Ltd, 1978. Condición: Fair. Volume 2. This book has hardback covers. Ex-library, With usual stamps and markings, In fair condition, suitable as a study copy. Please note the Image in this listing is a stock photo and may not match the covers of the actual item,850grams, ISBN:0436167565. Nş de ref. del artículo: 4208606

Descripción Secker & Warburg, 1978. Condición: Good. A+ Customer service! Satisfaction Guaranteed! Book is in Used-Good condition. Pages and cover are clean and intact. Used items may not include supplementary materials such as CDs or access codes. May show signs of minor shelf wear and contain limited notes and highlighting. Nş de ref. del artículo: 0436167565-2-4

Descripción Martin Secker & Warburg Ltd, 1978. Condición: Good. This is an ex-library book and may have the usual library/used-book markings inside.This book has hardback covers. With usual stamps and markings, In good all round condition. Dust Jacket in good condition. Nş de ref. del artículo: 8185403