Artículos relacionados a The Terrorism Reader (Routledge Readers in History) 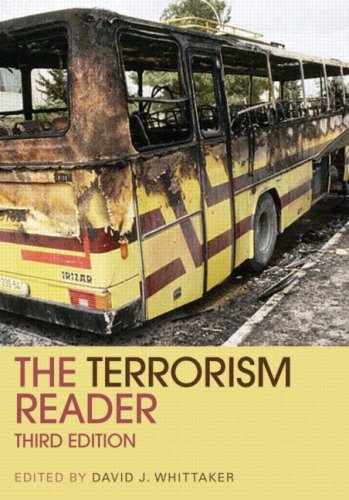 An intriguing introduction to a notorious and disturbing international phenomenon, The Terrorism Reader draws together material from a variety of experts, clearly explaining their opinions on terrorism, to allow understanding, conjecture and debate.

David J. Whittaker explores all aspects of terrorism from its definition, psychological and sociological effects, legal and ethical issues to counter-terrorism. This Reader illustrates the growth and variety of terrorism in an original way with a series of case-studies from four continents including:

David J. Whittaker was formerly Senior Lecturer in International Relations at the University of Teesside. His many books include Terrorists and Terrorism in the Contemporary World (2004) and Refugees and Asylum Seekers (2005), both published by Routledge.