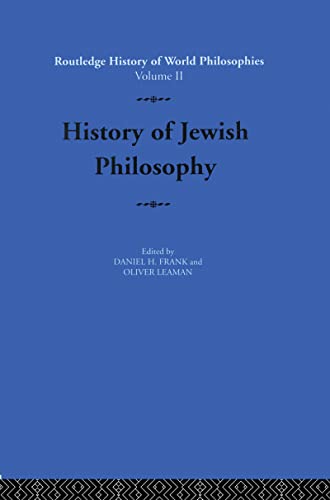 "This anthology of articles on Jewish philosophy is organized under four chronological periods ... This volume is well conceived, and it is obvious that the editors worked hard to shape the individual contributions into a coherent research tool that will be useful to scholars, students, and laypersons for years to come." -"Choice, May 1997 "The clarity of the writing style in many of the essays makes the book accessible to general readers as well as to scholars. "History of Jewish Philosophy is an indispensable reference that brilliantly captures in one volume the broad range of Jewish philosophy. Libraries should be urged by their Jewish patrons to acquire this essential volume.." -Dade Jewish Journal, 16-22 May 1997