Forever England: Femininity, Literature and Conservatism Between the Wars 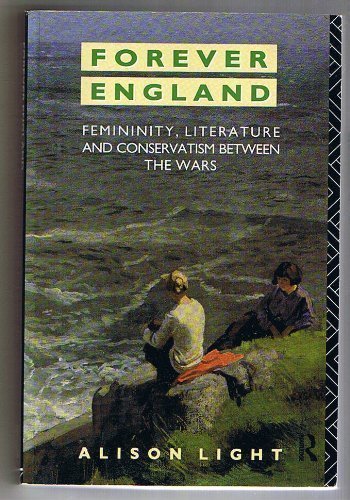 Most studies of the interwar years have focussed upon literary elites, rendering that past and its literature in almost exclusively male terms. In "Forever England" Alison Light argues that we cannot make sense of Englishness in the period, or understand the changes within literary culture, unless we recognzse the extent to which the female population represented the nation between the wars. From the traumatic aftermath of the First World War, "Forever England" traces the making of a conservative national temperament which could be defensive and protective, yet modernizing in outlook. In a series of literary analyses, the author suggests some of the tones and accents of this new version of Englishness; in particular she looks at new kinds of readership and fiction, at the historical and emotional significance of the "whodunit", the burgeoning of historical romance, and the creation of a middlebrow culture in the period. "Forever England" aims to evoke a powerful sense of period and of the pleasures of reading, providing an intimate picture of interwar life from inside the English middle classes. This book should be of interest to students and lecturers in modern literature, gender studies, cultural studies and cultural history.

1. Forever England: Femininity, Literature and Conservatism Between the Wars