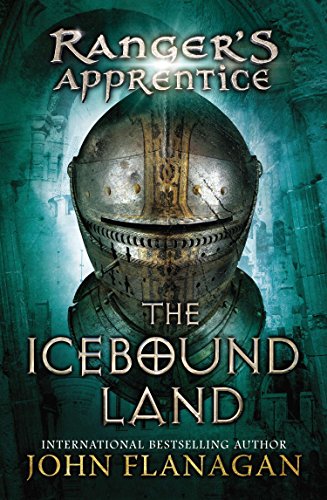 Kidnapped by Lord Morgarath, Will and Evanlyn are bound for Skandi and destined to become slaves, but when Horace hears of his friends' fate, he uses all the combat skills he possesses to attract the attention of knights and warlords in the hopes that they will help him in his dangerous mission.

John Flanagan grew up in Sydney, Australia, hoping to be a writer. John began writing Ranger’s Apprentice for his son, Michael, ten years ago, and is still hard at work on the series and its spinoff, Brotherband Chronicles. He currently lives in the suburb of Manly, Australia, with his wife. In addition to their son, they have two grown daughters and four grandsons.

Descripción Philomel Books, United States, 2007. Hardback. Condición: New. Language: English. Brand new Book. The international bestselling series with over 5 million copies sold in the U.S. alone! Kidnapped after the fierce battle with Lord Morgarath, Will and Evanlyn are bound for Skandia as captives aboard a fearsome wolfship. Halt has sworn to rescue Will, and he will do anything to keep his promise-even defy his King.Expelled from the Rangers he has served so loyally, Halt is joined by Will's friend Horace as he travels toward Skandia. On their way, they are challenged constantly by freelance knights-but Horace knows a thing or two about combat. Soon he begins to attract the attention of knights and warlords for miles around with his uncanny skill. Even so, will they be in time to rescue Will from a horrific life of slavery?The smash hit series continues with another heart stopping adventure. Perfect for fans of J.R.R. Tolkien's Lord of the Rings, T.H. White's The Sword in the Stone, Christopher Paolini's Eragon series, and George R. R. Martin's Game of Thrones/A Song of Ice and Fire series. Nş de ref. del artículo: AAS9780399244568