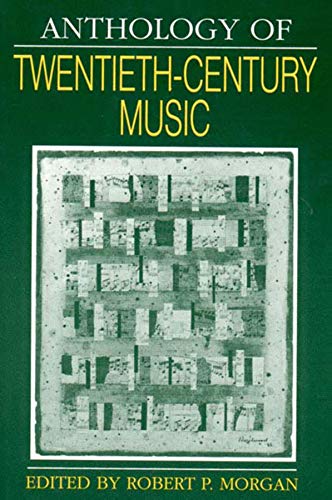 Since the music is characterized principally by its diversity - by the different schools and movements moving forward simultaneously - it poses special problems for those lacking extensive analytical experience. Therefore, Morgan has included, for each selection, an analytical essay in which he discusses the overall character of the music in question, avoiding special terminology and technical jargon wherever possible. All musical genres are represented and only complete works, movements or integral sections are included. To assist the reader, the book includes instructions on how to read a score and a chart of instrumental names and abbreviations.

Robert P. Morgan, historian, composer, and theorist, received his Ph.D. from Princeton University and is currently on the music faculty at Yale University.