Artículos relacionados a Jean Monnet: The First Statesman of Interdependence 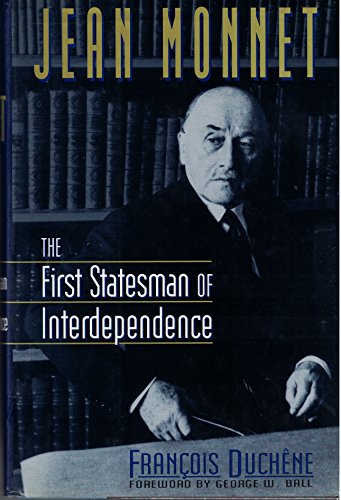 The debate continues in Britain over the influence, benign or otherwise, of the European Union on our everyday lives. How did the EU evolve and how did it develop? This biography attempts to answer these questions by bringing to life the founding father of European unity, Jean Monnet. A pragmatic internationalist, he had established by the end of World War II a network of contacts which enabled him to move behind the scenes of American and European governments wielding great influence. Monnet remains little known, was never elected to public office and was an insider to the European bureacracies he galvanized. This book describes the "statesman without a state", the man who Dean Acheson talked of as someone "with a pragmatic view of Europe's need to escape its historical parochialism".