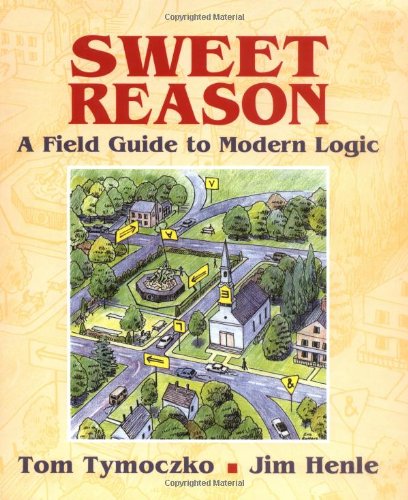 "I think that this is the sort of book that generates strong opinions: you will either find it bewildering and perhaps loathe it, or you will find fascinating. It is certainly unique. I can think of no other logic text where xou will find out that the fact that "Buffalo buffalo buffalo buffalo buffalo buffalo buffalo." is a valid English sentence.
I am going to give my copy to the local school for use as a book for "Mathematics extension". I think my teenage sons will love it."
R. Downey, Victoria University in Newsletter of the New Zealand Mathematical Society, No.82, August 2001

A revolutionary, introductory text for courses on modern logic. While the basic rudiments of formal and informal logical are all clearly described here, it also focuses students on the real world, where the discipline of logic adds substance and meaning to all kinds of human discourse. Everything from puzzles, paradoxes, and mathematical proofs, to campaign debate excerpts, government regulations, and cartoons are used to show how logic is put to work by philosophers, mathematicians, advertisers, computer scientists, politicians, and others. As the book alternately discusses, instructs, questions, teases, and challenges, readers will find themselves absorbing the fundamentals of the discipline, becoming fluent in the language of logic, understanding how logic works in the real world, and enjoying logic's ability to entertain, surprise, subvert, and enlighten.