Artículos relacionados a Truffaut: a Biography 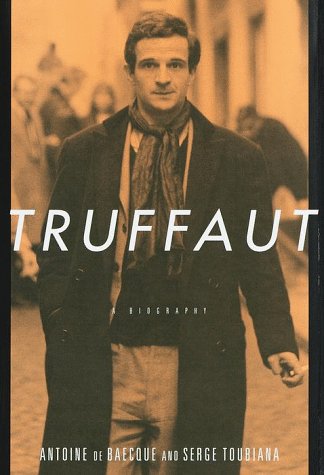 Reseńa del editor:
Drawing on unprecedented access to Truffaut's own papers, two French film experts provide a fascinating study of the acclaimed French film director, detailing his extraordinary body of work, the impact of contemporary politics on his films, his passionate love affairs, and more. 17,500 first printing.
Nota de la solapa:
ost celebrated filmmakers of all time, Francois Truffaut was an intensely private individual who cultivated the public image of a man completely consumed by his craft. But his personal story--from which he drew extensively to create the characters and plots of his films--is itself an extraordinary human drama. Now, with captivating immediacy, Antoine de Baecque and Serge Toubiana give us the definitive story of this beloved artist.

They begin with the unwanted, mischievous child who learned to love movies and books as an escape from sadness and confusion: as a boy, Francois came to identify with screen characters and to worship actresses. Following his early adult years as a journalist, during which he gained fame as France's most iconoclastic film critic, the obsessive prodigy began to make films of his own, and before he was thirty, notched the two masterpieces The 400 Blows and Jules and Jim. As Truffaut's dazzling body of work evolves, in the shadow of the p