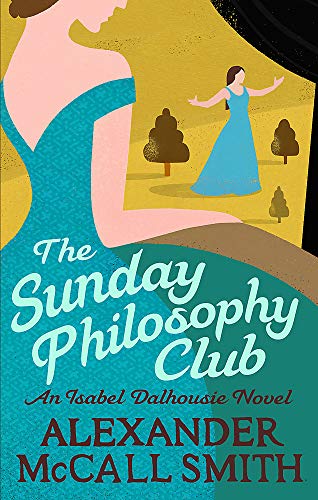 Vintage McCall Smith, written with a characteristic twinkle in his eye and the graceful clarity of an aesthetically attuned lawyer. (GLASGOW HERALD)

The No. 2 Lady Detective... anyone who loves Precious cannot fail to be charmed (MAIL ON SUNDAY)

The suspense last till the end; and McCall Smith has the gift of evoking an entire social atmosphere in very few and simple words. (SUNDAY TELEGRAPH)

Amateur sleuth Isabel Dalhousie is a philosopher who also uses her training to solve unusual mysteries. Isabel is Editor of the Review of Applied Ethics - which addresses such questions as 'Truth telling in sexual relationships' - and she also hosts The Sunday Philosophy Club at her house in Edinburgh. Behind the city's Georgian facades its moral compasses are spinning with greed, dishonesty and murderous intent. Instinct tells Isabel that the young man who tumbled to his death in front of her eyes at a concert in the Usher Hall didn't fall. He was pushed.

With Isabel Dalhousie Alexander McCall Smith introduces a new and pneumatic female sleuth to tackle murder, mayhem - and the mysteries of life. As her hero WH Auden maintained, classic detective fiction stems from a desire for an uncorrupted Eden which the detective, as an agent of God, can return to us. But then Isabel, being a philosopher, has a thing or two to say about God as well.