Artículos relacionados a Making Political Geography (Human Geography in the... 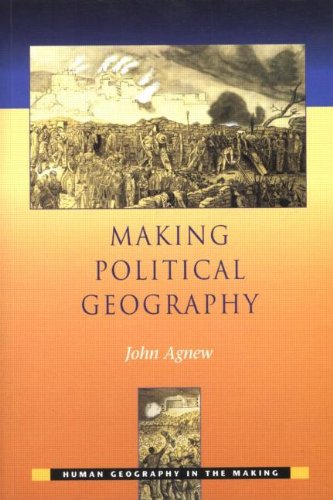 ...this is an excellent book. Agnew has full control of the literature, and the historical chapters are well conceived. The writing is clear, and the case studies apposite and well depicted.
THES

A good book to guide students in the study of political geography. Agnew's non-state centred analysis is particularly interesting, and so are the parts devoted to national elections, and regional perspectives.
Societe Royal Belge De Geographie ASBL

Making Political Geography is a fascinating look at how the field of political geography has developed, and how it engages with key political issues and events, both historical and contemporary. John Agnew adroitly demostrates how changing geopolitical contexts have been critical to the making of political geography. He focuses on the people, historical contexts and scholarly works that have produced the various meanings of political geography throughout its history, drawing out elements of both continuity and change.
Important thinkers and currents of intellectual thought from Ratzel and Mackinder to Taylor and O Tuathail are discussed in terms of their contribution to the field but also as products of their specific places and times. Case studies, examples and vignettes are woven throughout the text, vividly illustrating the concepts presented through the analysis of issues such as environmentalism, drug trafficking, and international terrorism.
The reader is left in no doubt that political geography is a vibrant field with a critical contribution to make to the understanding of politics. Making Political Geography is essential for all students of political geography.