ArtÚculos relacionados a The Art of War

Sun, Tzu The Art of War

The Art of War 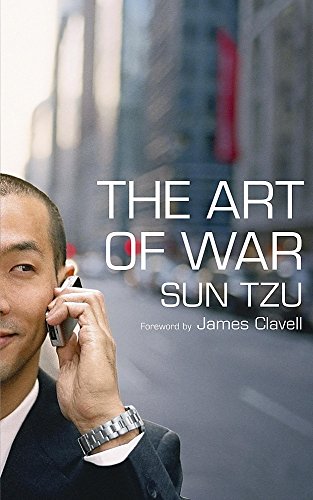 Sun Tzu was one of the greatest army generals who ever lived. He wrote The Art of War in the fifth century BC and yet his words are still resoundingly relevant to our modern lives. His writings on aspects of warfare from the laying of plans to the tactics and psychology of manoeuvering an army, to the proper use of spies, resonate for us in today's world of cut-throat, ruthless business. With James Clavell's insightful foreword and notes, this classic is widely seen as a necessity on the bookshelf of military leaders and boardroom executives alike.

James Clavell, the son of a Royal Navy family, was educated in Portsmouth before, as a young artillery officer, he was captured by the Japanese at the Fall of Singapore. It was on this experience that his bestselling novel KING RAT was based. He maintained this oriental interest in his other great works: TAI-PAN, SHOGUN, NOBLE HOUSE and GAI JIN. Clavell lived for many years in Vancouver and Los Angeles, before settling in Switzerland, where he died in 1994.