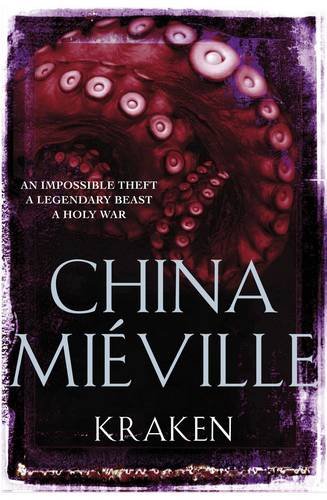 This is a dark urban fantasy thriller from one of the all-time masters of the genre. Deep in the research wing of the Natural History Museum is a prize specimen, something that comes along much less often than once in a lifetime: a perfect, and perfectly preserved, giant squid. But what does it mean when the creature suddenly and impossibly disappears? For curator Billy Harrow it's the start of a headlong pitch into a London of warring cults, surreal magic, apostates and assassins. It might just be that the creature he's been preserving is more than a biological rarity: there are those who are sure it's a god. A god that someone is hoping will end the world.

China Mieville lives and works in London. He is three-time winner of the prestigious Arthur C. Clarke Award and has also won the British Fantasy Award twice. The City & The City, an existential thriller, was published to dazzling critical acclaim and drew comparison with the works of Kafka and Orwell and Philip K. Dick. His novel Embassytown was a first and widely praised foray into science fiction.

Descripciµn Paperback. Condiciµn: Good. The book has been read but remains in clean condition. All pages are intact and the cover is intact. Some minor wear to the spine. N¤ de ref. del artÚculo: GOR008058318

Descripciµn Tor. Paperback. Condiciµn: Very Good. Item is in very good condition. If supplemental codes/CDs for textbooks are required please contact us prior to purchasing as they may be missing. N¤ de ref. del artÚculo: DS-0333989511-2