Artículos relacionados a Love in a Dark Time: Gay Lives from Wilde to Almodovar

Toibin, Colm Love in a Dark Time: Gay Lives from Wilde to Almodovar

Love in a Dark Time: Gay Lives from Wilde to Almodovar 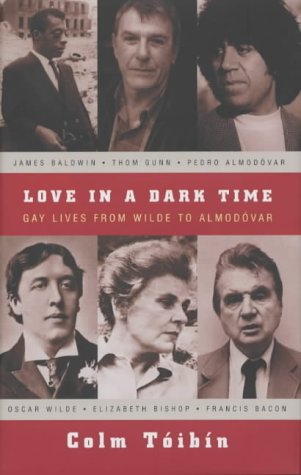 Shelf wear to dust jacket, page edges tanned. Shipped from the U.K. All orders received before 3pm sent that weekday.

Ranging from figures such as Thomas Mann and Oscar Wilde to Francis Bacon and Pedro Almodovar, this is an illuminating study of the personalities behind the work and the effect of their sexuality upon their lives.

* An unusual collection of essays on sexuality and literature *In Love in a Dark Time, Colm Tcib!n looks at the life and work of some of the greatest and most influential artists of the nineteenth and twentieth centuries, figures in the main whose homosexuality remained hidden or oblique for much of their lives. Either by choice or necessity, being gay seemed to come second for many of these writers. Yet in their private lives, and also in the spirit of their work, the laws of desire changed everything for them and made all the difference. Ranging from figures such as Oscar Wilde, born in the 1850s, to Pedro Almodovar, born a hundred years later, this book studies how a changing world altered lives in ways both subtle and serious. Colm Tcib!n interweaves close reading of the work with detailed analysis of the personality behind the work to illuminating effect.