Artículos relacionados a A Sport and a Pastime

Salter, James A Sport and a Pastime

A Sport and a Pastime 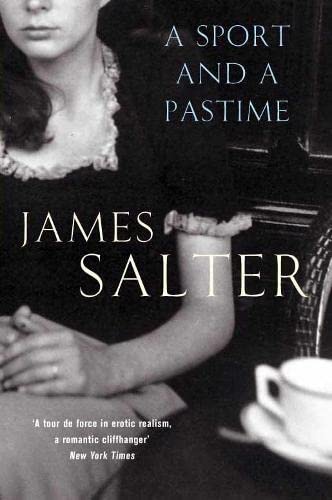 A sport and a pastime editado por Pan Books/Picador

Touring Paris and provincial France in a handsome borrowed car, Philip Dean, Yale dropout, has an affair with a young French woman named Anne-Marie. Their liaison is imagined with candour and sensitivity by an unnamed narrator, whose fantasies become compellingly and hauntingly real. A Sport and A Pastime has been hailed as a watershed in American fiction of the 1960s: remarkable for its eroticism, its luminous prose and its ability to blur the boundaries of reality and dreamlife, daytime and nightime, soul and flesh. 'A tour de force in erotic realism, a romantic cliffhanger, an opaline vision of Americans in France' New York Times 'Salter is the contemporary writer most admired and envied by other writers . . . he can, when he wants, break your heart with a sentence' Washington Post

1. A SPORT AND A PASTIME