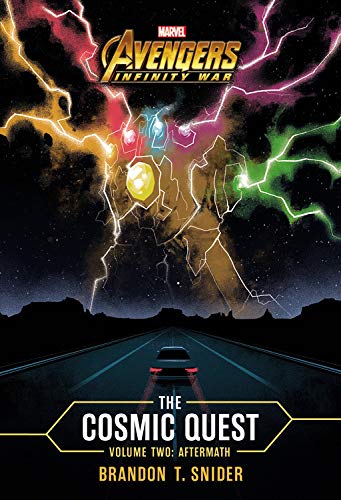 Space. Reality. Soul.
A deadly threat emerged from the cosmos-and it was fulfilled. In the wake of Thanos's horrifying success, the people of Earth are left reeling in despair and confusion. Without any logical explanation for the blip-out event, those remaining must pick up the pieces.
Doctor Erik Selvig and his associate Darcy Lewis are determined to find and understand the cause of the devastation. With a team of friends both old and new, they embark on a pursuit of knowledge, eager to discover the links between their own pasts and the stones that decimated half of humanity--the Infinity Stones. Little do they know that a new foe who threatens to destroy them all is looming...
© 2018 MARVEL

Brandon T. Snider has authored numerous books featuring pop culture favorites such as the Transformers, Minions, Teen Titans Go! and My Little Pony. He has also written for and appeared on Comedy Central's Inside Amy Schumer. Brandon lives in New York City, where he's a member of the Writers Guild of America.
©2018 MARVEL.