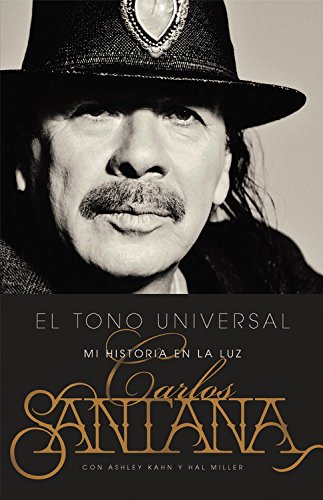 Winner of the 2015 American Book Award "One of the most articulate rock memoirs ever."--Chris Willman, San Francisco Chronicle

"In this frank and impassioned memoir, iconic, influential musician Santana, 67, known for fusing rock and Latin rhythms, weaves together the rhythmic, domestic and spiritual dimensions of his career. Generously reflective and well-balanced.... Charismatic and soulful.... An appreciative and unpretentious chronicle, this is required reading for Santana fans and devotees of classic rock legends."--Kirkus Reviews (starred review)

"The Rock and Roll Hall of Fame guitarist's book is perhaps the most musically generous of the fall's memoirs. Santana doesn't pull punches...."--Brian Mansfield, USA Today

"Santana [writes] with the same searing intensity and blatant honesty displayed throughout his 45-year career in music.... The Universal Tone is a book examining a lifelong quest for knowledge and some sense of divinity... Santana deals with both in the same unflinchingly honest and dignified tone."--Jeff Miers, The Buffalo News

"From Tijuana, Mexico to Woodstock and beyond, legendary guitarist Santana spins a freewheeling ballad of his remarkable life."--O, The Oprah Magazine

"The Universal Tone doesn't follow the usual well-trodden path of other rock star tell-alls... Santana sidesteps salaciousness for spirituality while taking readers through the touchstone moments of his remarkable life and career." "A compelling and uplifting journey through his life and career."--Joe Bosso, Music Radar

"Entertaining and enlightening.... Santana's journey from obscurity and abject poverty to affluence and superstardom is expressed eloquently via an informal conversational style that captures the cadences of his speaking voice."--Charles Waring, MOJO Magazine

An intimate account by the legendary rock musician traces his hardscrabble youth in Mexico and early days as a promising guitarist through his influential collaborations with fellow Latin stars.