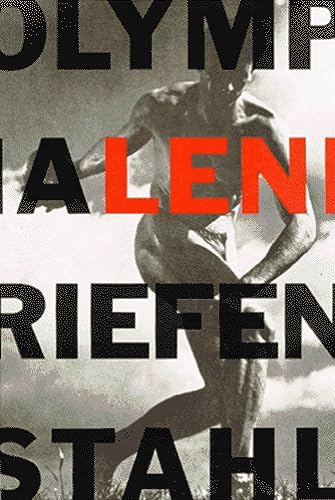 On August 1, 1936, in Berlin, to the sound of Hitler's opening words and hundreds of doves set aflight, the Summer Olympic Games began. Here were sixteen days of heroism, aesthetic and athletic perfection, and a triumph of determination and will - not least by the legendary artist Leni Riefenstahl.
The filmmaker and photographer was commissioned to document these spectacular games for posterity. Her film Olympia is one of the results of this experiment. The other is this volume, Olympia, a startling collection of images of athletes, of sport, and of intense drive resulting from these games.
Riefenstahl utilized innovative and ground-breaking camera angles, techniques, and styles in order to create her vision of the Olympics. Her stark realism is revealed in these shots of strength and determination. The artist presents divers, swimmers, sprinters, jumpers, vaulters, and others as specimen, the ultimate practitioners of their art forms, and by these efforts, the portraits of these men and women reach a zenith of Riefenstahl's own art.
Leni Riefenstahl's visual genius is fully evident in this remarkable collection of black and white photographs. Through her lens, we view the epitome of the beauty of athleticism, the excitement of competition, and the pressure of the political atmosphere. Olympia is a remarkable record of human idealism, Olympic excellence, and photographic skill.