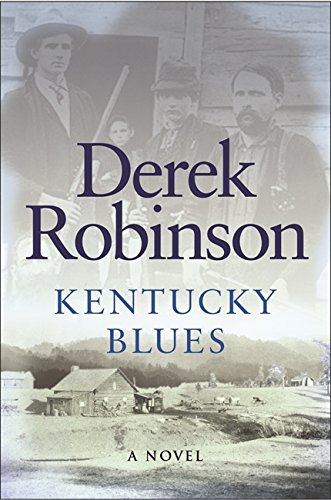 Derek Robinsonżs taut, witty and totally unsentimental portraits of combat have established him as one of our most highly regarded war novelists. In this, his longest and most ambitious book to date, he sets himself a new challenge: to tell the story of a small pioneer community in deepest Kentucky across a century from its founding in the 1820s, through the Civil War to the dawn of the modern age. Following several generations of two unreconcilable families: the Hudds and the Killicks, Robinson creates a gallery of unforgettable characters and delivers a powerful and wholly persuasive account of the transition from slavery to relative freedom for the former slaves of each clan. It is a bravura performance from a great modern storyteller writing at the top of his form.

Derek Robinson is the author of twelve novels including PIECE OF CAKE, A GOOD CLEAN FIGHT and HORNET'S STING. GOSHAWK SQUADRON was shortlisted for the Booker Prize in 1971. He lives in Bristol.