Artículos relacionados a Empires of the Atlantic World: Britain and Spain in...

Empires of the Atlantic World: Britain and Spain in America 1492-1830 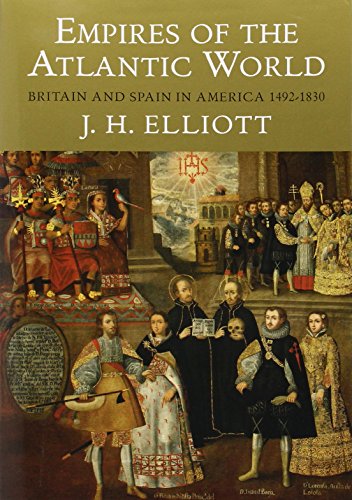 An enthralling account of the entwined histories of Britain, Spain, and their empires in the Americas This epic history compares the empires built by Spain and Britain in the Americas, from Columbus's arrival in the New World to the end of Spanish colonial rule in the early nineteenth century. J. H. Elliott, one of the most distinguished and versatile historians working today, offers us history on a grand scale, contrasting the worlds built by Britain and by Spain on the ruins of the civilizations they encountered and destroyed in North and South America. Elliott identifies and explains both the similarities and differences in the two empires' processes of colonization, the character of their colonial societies, their distinctive styles of imperial government, and the independence movements mounted against them. Based on wide reading in the history of the two great Atlantic civilizations, the book sets the Spanish and British colonial empires in the context of their own times and offers us insights into aspects of this dual history that still influence the Americas.

6. EMPIRES OF THE ATLANTIC WORLD: B