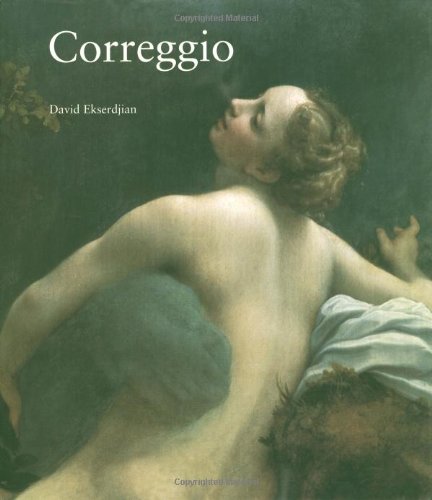 This beautifully illustrated book is the first full-scale chronological and critical account of the paintings and drawings of Correggio (c.1489-1534) -- a genius of the Italian Renaissance who became one of the most influential of all European painters. David Ekserdjian discusses Correggio's mythological, erotic, and religious paintings -- including many altarpieces -- and closely examines the attribution, chronology, physical appearance, and subject matter of these works. He also looks closely at Correggio's drawings, which provide many interesting insights into the artist's creative process. The book's numerous color illustrations include recently cleaned frescoes in Parma, as well as other works that have been transformed through restoration, mid some previously unknown paintings and drawings that have re-emerged and are here published for the first time.

Ekserdjian places the artist in the context of sixteenth-century Italy and of the north Italian artistic tradition. Correggio was unique as an artist of the first rank who worked only in the provinces, far from the major art centers in Florence, Venice, and Rome. His isolation had a significant effect on his development, the author contends, although Correggio was sensitive to the influences of his contemporaries: Mantegna and Leonardo, Michelangelo and Raphael. Ekserdjian reveals Correggio as a profoundly serious as well as intensely joyous religous artist, and as a great innovator -- he was among the first major artists to experiment with the dramatic effects of light and was a master of illusionism. The author examines documentary material that sheds new light on Correggio's patrons, the question of whether (and if so, when)Correggio went to Rome, and the simultaneous projects the artist undertook during the crucial decade of the 1520s, when he was at his most prolific and inspired.