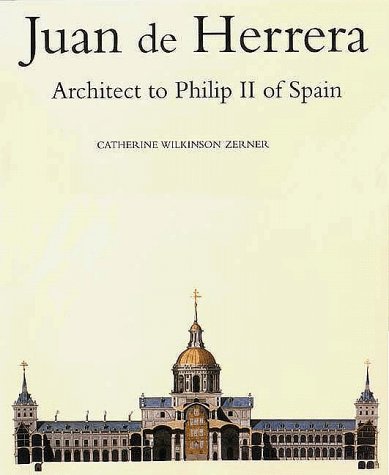 In the second half of the 16th century, Philip II of Spain set out to use the revenues of the richest state in the world to create buildings worthy of his Habsburg inheritance and he chose a young and inexperienced gentleman soldier, Juan de Herrera, to be his principle architect. The remarkable partnership between the king and Herrera - courtier, intellectual and architect - lasted more than 30 years. The buildings they produced, among them the Escorial, the Merchants' Exchange in Seville and the urban renewal of Madrid, instilled new ideas that were to nourish Spain and European architecture for centuries to come. This treatment of Herrera examines the roles of a great architect and patron in their creation of a new era of Spanish architecture. Catherine Zerner begins with the events that led to Herrera's becoming an architect and proceeds to reconstruct his architectural thought and practice in the Spanish context. Herrera's intellectual outlook was closer to the sciences than to the fine arts and his ambition was to reconstitute architecture as an art of building that embraced all kinds of structures in a new aesthetic that was independent of painting and sculpture. His designs, unornamented to the point of plainess, were based upon the repetition of simple and recognizable forms that could be adapted to virtually any building. In a series of chapters on the royal palaces, the Escorial, religious architecture and civic projects, the author aims to show how and why Herrera's plain style of uncompromising abstraction - the famous "estilo desornamentado" - became indelibly associated with the ideology of Philip II's kingship and the values of Spanish Habsburg rule.