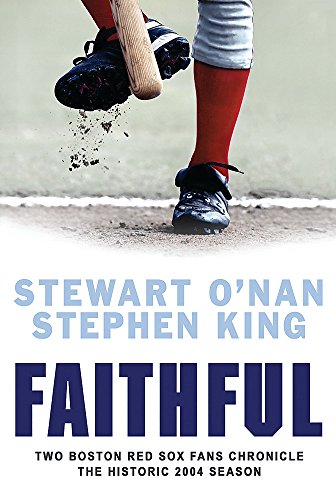 Though definably American in its style, subject matter and ambition it treads the same turf as Nick Hornby's Fever Pitch... For all its nail-biting real life drama, Faithful is yet another testament to the irrational attraction of blind fandom. (SEAN O'HAGAN OBSERVER)

Who better to follow the fortunes of a 'cursed' team like the Boston Red Sox than two renowned horror writers and lifelong Red Sox addicts? Stephen King and Stewart O'Nan's email correspondence about the dramatic and ultimately heartbreaking 2003 season inspired the idea for FAITHFUL, a book that records the Sox's 2004 baseball season from start to fabulous finish. As the hotly anticipated 2004 American League pennant race progressed, King and O'Nan kept a running diary of observations and arguments, analysing the important plays, the controversial managerial decisions, and the spectacular finish to the season.

Red Sox fans have seen it all since 1918... except that elusive World Championship. The memory of 2003's devastating ALCS Game 7 loss and the anticipation of new ace Curt Schilling's impact made this season that much more compelling. Stephen King and Stewart O'Nan join the rest of the Red Sox Nation to cheer on the Olde Town Team, with the eternal hope that this might be their year. On 27th October 2004, the Red Sox finally prevailed, taking an unassailable 4-0 lead over the St. Louis Cardinals in the best of seven World Series. For baseball fans, FAITHFUL is the next best thing to season tickets behind the first-base dugout.