Artículos relacionados a My Sister Marilyn: Memoir of Marilyn Monroe 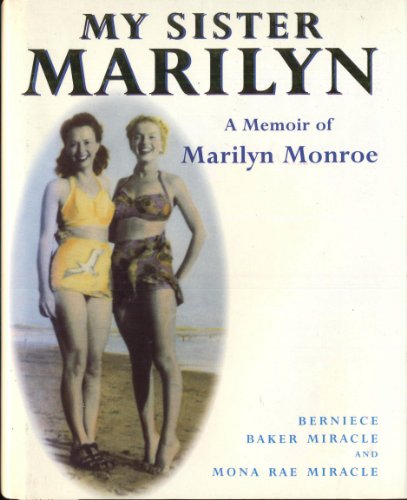 There have been many books on Marilyn. By now everyone knows the dirt, the sensationalism, the sordid gossip. But this book is unique: finally, Marilyn's only sibling has broken her long silence. Here is the story of an intimate 25-year relationship between Norma Jean Baker and her half-sister Berniece. The book tells of Marilyn Monroe as sister, daughter, aunt. Here is a human being, rather than a calendar girl or a movie star. Few people have ever known of Berniece's existence, because she was reluctant to talk to the press and betray Marilyn's desperate need for privacy. When Marilyn was 11, her mother revealed the secret she had been keeping for years: Marilyn had a half-sister, then 17 years old. Thrilled by this discovery, the two girls met and began a close relationship that lasted throughout Marilyn's life. Though distance often separated them, their bond was strong and lived through visits, letters and phone calls. In their time together, away from the pressmen and the cameras, Marilyn was finally allowed to be herself. In this tender book, Berniece, with the help of her daughter Mona Rae, recalls the bond that was Marilyn's private refuge. It was a bond that ended only when Berniece had to choose the dress which Marilyn would wear in her grave.

Descripción Weidenfeld and Nicolson, 1994. Hardcover. Condición: Used; Good. **SHIPPED FROM UK** We believe you will be completely satisfied with our quick and reliable service. All orders are dispatched as swiftly as possible! Buy with confidence!. Nş de ref. del artículo: mon0000609810