Artículos relacionados a Intentions and Intentionality: Foundations of Social... 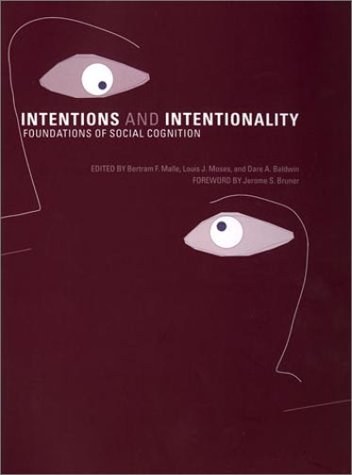 ."..a new revolution is underway; the excellent volume edited by Malle, Moses, and Baldwin is the latest manifesto."-- Philip David Zelazo, "Contemporary Psychology"

Social interaction requires social cognition- the ability to perceive, interpret, and explain the actions of others. This ability fundamentally relies on the concepts of intention and intentionality. For example, people distinguish sharply between intentional and unintentional behavior; identify the intentions underlying others' behavior; explain completed actions with reference to intentions, beliefs, and desires; and evaluate the social worth of actions using the concepts of intentionality and responsibility. This book highlights the roles these concepts play in social cognition. Taking an interdisciplinary approach, it offers work from researchers in cognitive, developmental, and social psychology and in philosophy, primatology, and law. It includes both conceptual and empirical contributions.