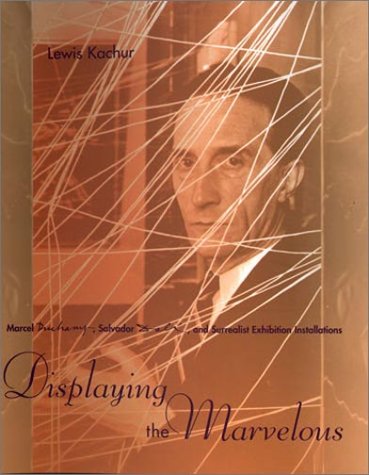 Surrealism in its late phase often abandoned neutral exhibition spaces in favour of environments that embodied subjective ideologies. These exhibitions offered startled viewers an early version of installation art before the form existed as such. In Displaying the Marvelous, Lewis Kachur explores this development by analyzing three elaborate Surrealist installations created between 1938 and 1942. The first two, the "Exposition Internationale du Surr alisme" (1938) and the "Dream of Venus" at the New York World's Fair (1939), dealt with the fetishization of the female body. The third, "First Papers of Surrealism" (1942), focused not on the figure but on the entire expanse of the exhibition space, thus contributing to the development of nonfigurative art in New York. Kachur presents a full visual and verbal reconstruction of each of the exhibitions, evoking the sequence that the contemporary viewer would have encountered. This book considers Marcel Duchamp and Salvador Dali, two artists who are not usually compared, within a common framework. Duchamp specialized in frustrating the spectator, using his ironic wit to call into question the definition of the work of art. Dali was a master at disorienting the senses by establishing and then undermining everyday spatial and object properties. The Surrealist challenge, as voiced by Andre Breton, was to evoke the marvelous. Duchamp and Dali extended that challenge to the physical and commercial realm of the exhibition installation.