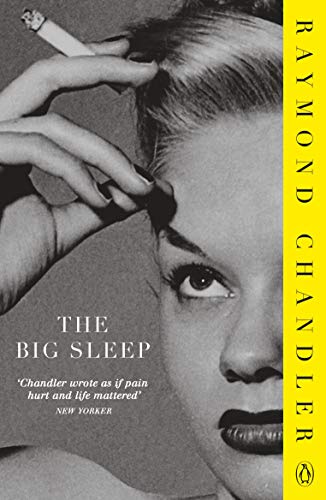 'I was neat, clean, shaved and sober, and I didn't care who knew it. I was everything the well-dressed private detective ought to be. I was calling on four million dollars.'

Los Angeles Private Investigator Philip Marlowe is hired by wheelchair-bound General Sternwood to discover who is blackmailing him. A broken, weary old man, Sternwood just wants Marlowe to make the problem go away. However, with Sternwood's two wild, devil-may-care daughters prowling LA's seedy backstreets, Marlowe's got his work cut out. And that's before he stumbles over the first corpse.

'One of the greatest crime writers, who set standards others still try to attain' Sunday Times

'Chandler grips the mind from the first sentence' Daily Telegraph

'One of the greatest crime writers, who set standards others still try to attain' Sunday Times

'Chandler is an original stylist, creator of a character as immortal as Sherlock Holmes' Anthony Burgess

Discover the newest addition to the inimitable Philip Marlowe series - Only to Sleep by Lawrence Osborne - out 6 September 2018 in hardback and ebook from Hogarth.

Best-known as the creator of the original private eye, Philip Marlowe, Raymond Chandler was born in Chicago in 1888 and died in 1959. Many of his books have been adapted for the screen, and he is widely regarded as one of the very greatest writers of detective fiction.

Descripción 2011. Paperback. Condición: New. Paperback. Los Angeles PI Philip Marlowe is working for the Sternwood family. Old man Sternwood, crippled and wheelchair-bound, is being given the squeeze by a blackmailer and he wants Marlowe to mak.Shipping may be from multiple locations in the US or from the UK, depending on stock availability. 272 pages. 0.278. Nş de ref. del artículo: 9780241956281