None The Penguin Book Of Japanese Short Stories (Penguin classics) 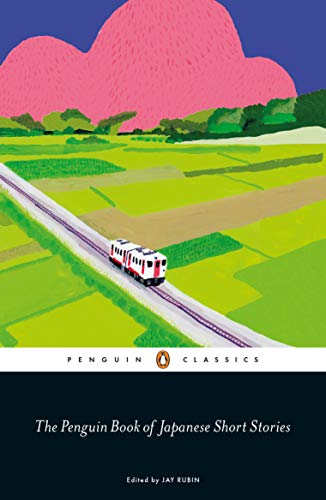 A feast of literature, a smorgasbord of over 30 widely varied modern Japanese writers ... Each lodges itself in memory ... Penguin's new anthology is a literature lover's dream, page after page of memorable writing, stories that leave a lasting impression yet can be fully absorbed in one sitting (Kris Kosaka Japan Times)

This is a celebration of the Japanese short story from its modern origins in the nineteenth century to remarkable contemporary works. It includes the most well-known Japanese writers - Akutagawa, Murakami, Mishima, Kawabata - but also many surprising new pieces, from Yuko Tsushima's 'Flames' to Banana Yoshimoto's 'Bee Honey'. Ranging over myth, horror, love, nature, modern life, a diabolical painting, a cow with a human face and a woman who turns into sugar, The Penguin Book of Japanese Short Stories is filled with fear, charm, beauty and comedy.

Edited by Jay Rubin with an introduction by Haruki Murakami

Descripción Paperback. Condición: New. Paperback. This fantastically varied and exciting collection celebrates the great Japanese short story, from its modern origins in the nineteenth century to the remarkable works being written today. .Shipping may be from multiple locations in the US or from the UK, depending on stock availability. 576 pages. 0.400. Nş de ref. del artículo: 9780241311905