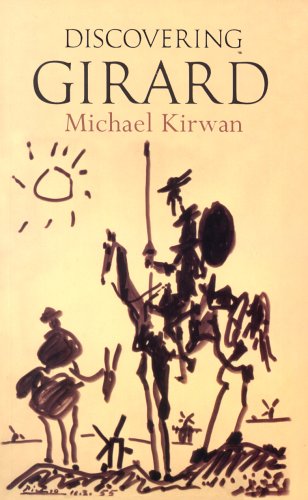 Rene Girard is a thinker who escapes categorization. Both literary critic and anthropologist, not exactly a theorist nor quite a theologian, he even escapes the ubiquitous distinction between modernism and post-modernism. Perhaps because of this, he is one of the more obscure of the many interlocutors with whom theology has engaged over the last couple of decades. If less well known, however, he is no less important, as the extended treatments of his work by the likes of Hans Urs von Balthasar and John Milbank testify.

Descripción Darton Longman and Todd, 2004. Paperback. Condición: Good. Connecting readers with great books since 1972. Used books may not include companion materials, some shelf wear, may contain highlighting/notes, may not include cdrom or access codes. Customer service is our top priority!. Nş de ref. del artículo: S_260165456

Descripción Darton Longman and Todd, 2004. Condición: Good. A+ Customer service! Satisfaction Guaranteed! Book is in Used-Good condition. Pages and cover are clean and intact. Used items may not include supplementary materials such as CDs or access codes. May show signs of minor shelf wear and contain limited notes and highlighting. Nş de ref. del artículo: 0232525269-2-4

Descripción Paperback. Condición: Very Good. The book has been read, but is in excellent condition. Pages are intact and not marred by notes or highlighting. The spine remains undamaged. Nş de ref. del artículo: GOR002331636

Descripción Darton,Longman & Todd Ltd, 2004. Paperback. Condición: Very Good. Very Good: a copy that has been read, but is in excellent condition. Pages are intact and not marred by notes or highlighting. The spine remains undamaged. Most items will be dispatched the same or the next working day. Nş de ref. del artículo: wbb0013962336