Artículos relacionados a Crime of Galileo 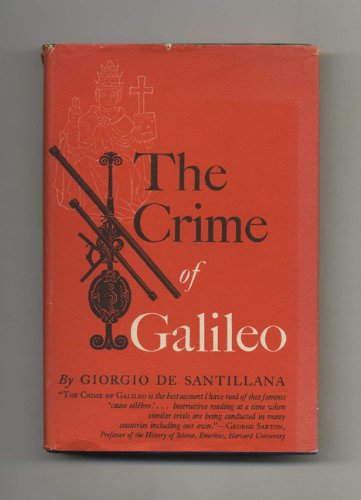 "In the gallery of what might be called the martyrs of thought, the image of Galileo recanting before the Italian Inquisition stirs the minds of educated modern men second only to the picture of Socrates drinking the Hemlock. That image of Galileo is out of focus . . . because it has been distorted by three centuries of rationalist prejudice and clerical polemics. To refocus it clearly, within the logic of its own time . . . de Santillana has written The Crime of Galileo, a masterly intellectual whodunit which traces not the life but the mental footsteps of Galileo on his road to personal tragedy."-Time