Artículos relacionados a The Sense of an Ending

Barnes, Julian The Sense of an Ending

The Sense of an Ending 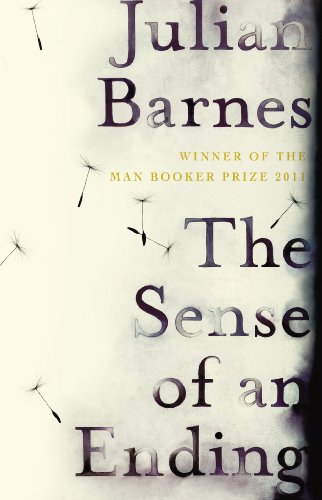 The Sense of an Ending

"An extremely moving, a precise book about the imprecision of memory and how it constructs people, stories and histories." (Alasitair Bruce Guardian)

"Packs quite an emotional punch... Julian Barnes unravels the mystery with masterly skill. He springs surprise after surprise without stooping to sensationalism in a crisp, engaging tale" (Max Davidson Daily Mail)

"Written in beautifully cadenced prose, it is a mature writer's reflections on love and marriage... on family and friendship, on work and death" (Time Out)

"There is no catastrophe, simply a dawning awareness of the past, its consequences and its meaning for the present. It is a familiar narrative structure, but in the hands of the master-wordsmith that Barnes has become, the effect is cumulatively overwhelming... A compelling, disturbing and profoundly moving story of human fallibility" (Daniel Johnson Standpoint)

Winner of the Man Booker Prize for Fiction in 2011

Tony Webster and his clique first met Adrian Finn at school. Sex-hungry and book-hungry, they would navigate the girl-less sixth form together, trading in affectations, in-jokes, rumour and wit. Maybe Adrian was a little more serious than the others, certainly more intelligent, but they all swore to stay friends for life.

Now Tony is in middle age. He's had a career and a single marriage, a calm divorce. He's certainly never tried to hurt anybody. Memory, though, is imperfect. It can always throw up surprises, as a lawyer's letter is about to prove.

The Sense of an Ending is the story of one man coming to terms with the mutable past. Laced with trademark precision, dexterity and insight, it is the work of one of the world's most distinguished writers.

1. The Sense of an Ending

2. The Sense of an Ending

3. The Sense of an Ending-FIRST EDITION, FIRST PRINTING

4. The Sense of an Ending Barnes Julian

5. THE SENSE OF AN ENDING UK First Edition

6. The Sense Of An Ending

7. The Sense of an Ending