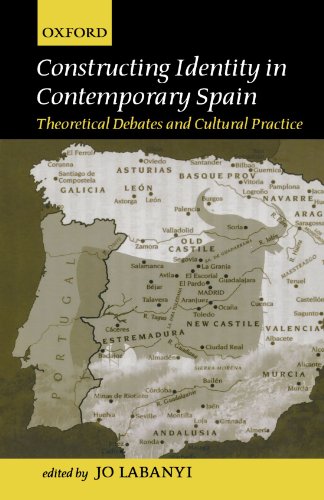 This provocative collection of essays will, one hopes, engender additional debate on Iberian identity, modern culture, and the theories informing our interpretation of contemporary Spain. (Modern Language Review)

Each chapter has a concise and useful bibliogrpahy, and the volume is well indexed. (Bulletin of Spanish Studies)

... substantial and useful additions to the growing body of research on Spanish and Latin American cultural studies or cultural critique ... enhanced precisely by the way in which Labanyi is able to bring cohesion, relevance and critical vision to what otherwise would be an engaging but rather diverse collection of essays ... in doing so, she proves once again why she is one of Hispanism's leading figures and one of a selected group of critics whose work remains consistently on the cutting edge of their discipline. (Journal of Romance Studies)

The differing contributions have been woven together to produce a harmonious, informative and eminently enjoyable volume ... it should prove an invaluable tool to teachers in schools who will find themselves well rewarded when looking for an update on any of the various topics covered. (Vida Hispanica)

This volume is designed to further the study of Spanish culture in the broad sense of the network of symbolic systems through which social groups construct and negotiate a sense of identity or identities. The emphasis is on culture as a set of practices rather than as a corpus of texts. The aim is to introduce readers to current theoretical debates in a range of disciplines, as well as to inform them about specific areas of twentieth-century Spanish culture. The four sections on 'Ethnicity and Migration', 'Gender', 'Popular Culture', and 'The Local and the Global' cover ethnography, music, TV, advertising, popular literature, medical discourse, film, posters, museums, and urban development.