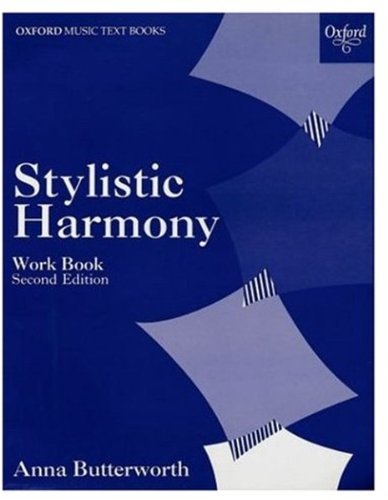 'Anna Butterworth's new book is designed to provide a businesslike and efficient presentation of all the harmonic and musical styles which are needed for A-level and university entrance ... illustrative material is copious and the exercises equally so.' (Times Educational Supplement). The new edition contains no major changes, but incorporates numerous corrections.

Anna Butterworth studied at the Guildhall School of Music & Drama and at Nottingham University. In 1968 she became Lecturer in Music at what is now Napier University in Edinburgh. As Senior Lecturer inthe School of Music she is Head of Academic Studies and responsible for much of the organization of and teaching on the BMus degree course. She is also well-known as a teacher, examiner, adjudicator and lecturer in the UK and abroad.