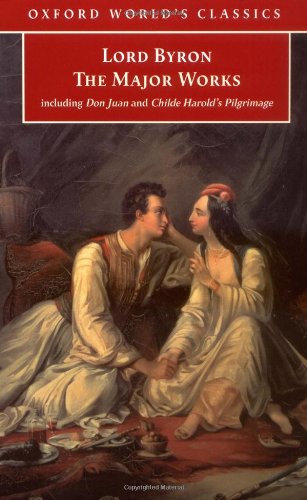 This authoritative edition was originally published in the acclaimed Oxford Authors series under the general editorship of Frank Kermode. It brings together a unique combination of Byron's poetry and prose - all the major poems, complemented by important letters, journals, and conversations - to give the essence of his work and thinking. Byron is regarded today as the ultimate Romantic, whose name has entered the language to describe a man of brooding passion. Although his private life shocked his contemporaries his poetry was immensely popular and influential, especially in Europe. This comprehensive edition includes the complete texts of his two poetic masterpieces Childe Harold's Pilgrimage and Don Juan, as well as the dramatic poems Manfred and Cain. There are many other shorter poems and part of the satire English Bards and Scotch Reviewers. In addition there is a selection from Byron's inimitable letters, extracts from his journals and conversations, as well as more formal writings.