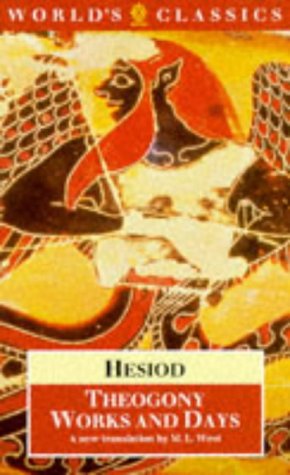 Hesiod, who lived in Boetia in the late eighth century BC, is one of the oldest known, and possibly the oldest of Greek poets. His Theogony contains a systematic genealogy of the gods from the beginning of the world and an account of the struggles of the Titans. In contrast, Works and Days is a compendium of moral and practical advice on husbandry, and throws unique and fascinating light on archaic Greek society. As well as offering the earliest known sources for the myths of Pandora, Prometheus and the Golden Age, Hesiod's poetry provides a valuable account of the ethics and superstitions of the society in which he lived. Unlike Homer, Hesiod writes about himself and his family, and he stands out as the first personality in European literature. This new translation, by a leading expert on the Hesiodic poems combines accuracy with readability. It is accompanied by an introduction and explanatory notes. Readership: general and students of classical literature and civilization, ancient history, European and English literature.

1. Theogony and Works and Days (The World's Classics)

2. Theogony and Works and Days (The World's Classics) Hesiod and West, M. L.

3. Theogony and Works and Days (The World's Classics) Hesiod and West, M. L.