ArtŪculos relacionados a Ramona and Her Mother

Cleary, Beverly Ramona and Her Mother

Ramona and Her Mother 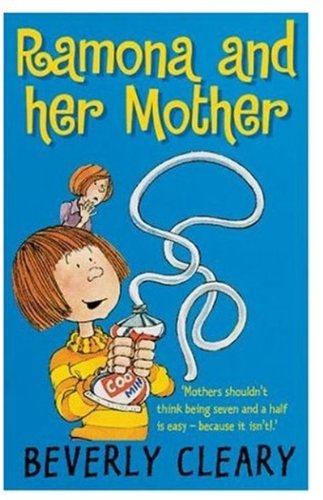 Ramona's World, the latest of the Ramona series to be published, has already sold over 100,000 copies in hardback in the USA. Its sales in the USA are second only to Harry Potter. In this fifth book in the series all Ramona wants if to have her mother to herself for a little while, but sometimes it seems impossible. When Willa Jean tears through a box of tissues and makes a mess, she is still the centre of attention. But when Ramona satisfies a lifelong ambition to squeeze all the toothpaste out of the tube, she just gets told off. It's not fair. * Beverly Cleary is one of America's most popular authors and has won many prestigious awards, including the American Library Association's Laura Ingalls Wilder Award. * Well-loved series about a great character. Mums and Dads will remember Ramona from their own childhood. * Tackles common issues with humour and sympathy. * Illustrated in black and white. * Beverly Cleary lives in California.

1. Ramona and Her Mother

2. RAMONA AND HER MOTHER

3. Ramona and Her Mother