Artículos relacionados a A Fortunate Life

Facey, A. B. A Fortunate Life 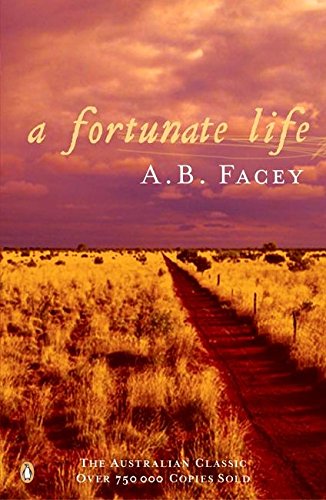 Born in 1894, Albert Facey lived the rough frontier life of a sheep farmer, survived the gore of Gallipoli, raised a family through the Depression, and spent 60 years with his beloved wife, Evelyn. Despite enduring hardships we can barely imagine today, Facey always saw his life as a "fortunate" one. A true classic of Australian literature, his simply written autobiography is an inspiration. It is the story of a life lived to the full—the extraordinary journey of an ordinary man.

A. B. Facey (1894-2010) and grew up on the Kalgoorlie goldfields and in the wheat-belt of Western Australia. His father died before he was two and he was deserted by his mother soon afterwards. He was looked after by his grandmother until he was eight years old, when he went out to work. His many jobs included droving, hammering spikes on the railway line from Merredin to Wickepin and boxing in a travelling troupe. He was in the Eleventh Battalion at the Gallipoli landing; after the war, he became a farmer under the Soldier Settlement Scheme but was forced off the land during the Depression. He joined the tramways and was active in the Tramways Union. Facey, who had no formal education, taught himself to read and write. He made the first notes of his life soon after World War I, and filled notebooks with his accounts of his experiences. Finally, on the urging of his daughter, Barbara Rose, the hand-written manuscript was submitted to the Fremantle Arts Centre Press to see 'if they could print a few copies for the family'.  They very soon found they had a bestseller on their hands!  Albert died in 1982, nine months after A Fortunate Life had been published, and his daughter Barbara died in 2010.