Artículos relacionados a Man Walks into a Room

Man Walks into a Room 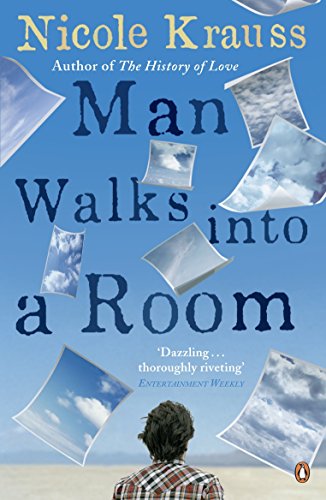 Praise for The History of Love:

'This is a wonderful novel, erupting with life . . . building to a perfect, heartbreaking end' Daily Mail

Award-winning American novelist Nicole Krauss first captivated readers with her groundbreaking debut novel Man Walks into a Room, a novel in which Krauss explores what it is to lose one's identity and what it is to discover what makes us human.

Samson Greene has been missing for eight days when he is discovered wandering through the Nevada desert, 'ragged as a crow' and with no idea who he is. He is rushed to hospital where doctors save his life, but all his memories after the age of twelve have been permanently lost. Now, as he looks around the beautiful apartment he apparently shares with his wife and which is filed with all the souvenirs of a life well lived, Samson feels nothing more than a vague admiration.

In her first novel Nicole Krauss tells the story of a man suddenly liberated from the life he has made, disconnected from the people who have defined him. Withdrawing from a wife he has no memory of loving, Samson plunges weightless into the future. But when he agrees to participate in a revolutionary experiment, what he experiences a revelation of what it means to be human.

1. Man Walks into a Room

2. Man Walks into a Room