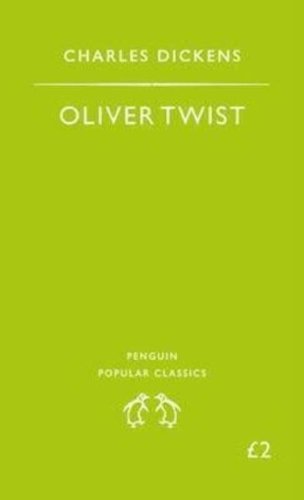 The story of the orphan Oliver, who runs away from the workhouse only to be taken in by a den of thieves, shocked readers when it was first published. Dickens’s tale of childhood innocence beset by evil depicts the dark criminal underworld of a London peopled by vivid and memorable characters – the arch-villain Fagin, the artful Dodger, the menacing Bill Sikes and the prostitute Nancy. Combining elements of Gothic Romance, the Newgate Novel and popular melodrama, in Oliver Twist Dickens created an entirely new kind of fiction, scathing in its indictment of a cruel society, and pervaded by an unforgettable sense of threat and mystery.

Charles Dickens was born at Portsmouth on 7 February 1812. He received little formal education, but taught himself shorthand and became a reporter of parliamentary debates for the Morning Chronicle. He began to publish sketches in various periodicals, which were subsequently republished as Sketches by Boz. The Pickwick Papers were published in 1836–7 and after a slow start became a publishing phenomenon and Dickens's characters the centre of a popular cult. He began Oliver Twist in 1837, followed by Nicholas Nickleby (1838) and The Old Curiosity Shop (1840–41).After finishing Barnaby Rudge (1841) Dickens set off for America; he went full of enthusiasm for the young republic but, in spite of a triumphant reception, he returned disillusioned. His experiences are recorded in American Notes (1842). Martin Chuzzlewit (1843–4) did not repeat its predecessors' success but this was quickly redressed by the huge popularity of the Christmas Books, of which the first, A Christmas Carol, appeared in 1843. During 1844–6 Dickens travelled abroad and he began Dombey and Son while in Switzerland. This and David Copperfield (1849–50) were more serious in theme and more carefully planned than his early novels. In later works, such as Bleak House (1853) and Little Dorrit (1857), Dickens's social criticism became more radical and his comedy more savage. Charles Dickens died on 9 June 1870.