Artículos relacionados a De Profundis and Other Writings (Penguin Classics) 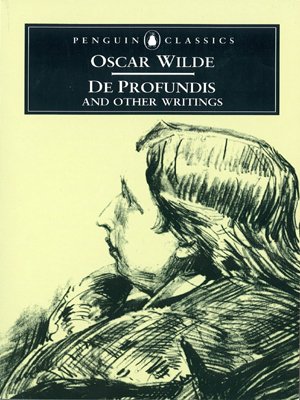 De Profundis and Other Writings

'I have nothing to declare,' Wilde once told an American customs official, 'except my genius.' A good part of that genius is evident in the essays and poems included in this volume. There is the intellectual genius of The Soul of Man under Socialism, in which he clearly foresaw the dangers of economic bureaucracy and state-worship: for Wilde socialism meant liberation and individuality, not enslavement. Then there is the emotional genius of De Profundis, the long, introspective and often hostile letter he addressed to Lord Alfred Douglas from prison. And there is the poetical genius of The Ballad of Reading Gaol, in which Wilde's generous nature could movingly express for another's misery the sorrow he found it hard to express for his own. This collection contains, too, many examples of that humorous and epigrammic genius which captured the London theatre and which, by suddenly casting light from an unexpected angle, widened the bounds of truth.

Oscar Fingal O'Flahertie Wills Wilde was born in Dublin in 1854. After his marriage to Constance Lloyd in 1884, he tried to establish himself as a writer, but with little initial success. However, his three volumes of short fiction, The Happy Prince (1888), Lord Arthur Savile's Crime (1891) and A House of Pomegranates (1891), together with his only novel, The Picture of Dorian Gray (1891), gradually won him a reputation as a modern writer with an original talent, a reputation confirmed and enhanced by the phenomenal success of his Society Comedies – Lady Windermere's Fan, A Woman of No Importance, An Ideal Husband and The Importance of Being Earnest, all performed on the West End stage between 1892 and 1895. Success, however, was short-lived. In 1891 Wilde had met and fallen in love with Lord Alfred Douglas. In 1895, when his success as a dramatist was at its height, Wilde brought an unsuccessful libel action against Douglas's father, the Marquess of Queensberry. Wilde lost the case and two trials later was sentenced to two years' imprisonment for acts of gross indecency. As a result of this experience he wrote The Ballad of Reading Gaol. He was released from prison in 1897 and went into an immediate self-imposed exile on the Continent. He died in Paris in ignominy in 1900.

DE PROFUNDIS AND OTHER WRITINGS

DE PROFUNDIS AND OTHER WRITINGS