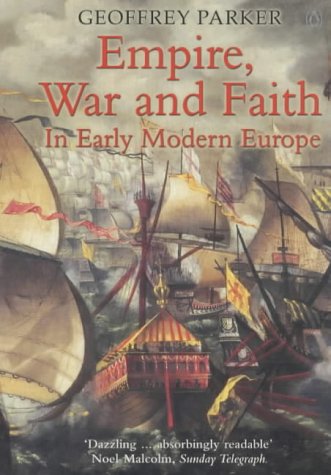 Goffrey Parker is one of the great historians of the early modern period. These essays touch upon themes as various as Philip II's global strategy, treason in Elizabethan England, the "etiquette of atrocity" in early modern warfare, and the politicsof the early reformation. The collection as a whole offers a chance for students and Parker's many admirers to appreciate the full breadth of his writing.

Geoffrey Parker is Andreas Dorpalen Professor of History at The Ohio State University, and has previously held chairs at Yale, Princeton and St Andrews. His previous books include The Thirty Years' War, The Spanish Armada (with Colin Martin), The Military Revolution, and The Grand Strategy of Philip II. He is a Fellow of the British Academy, and a Knight Grand Cross of the Order of Alfonso the Wise. He is now working on a book about the World Crisis in the seventeenth century.

Descripción Paperback. Condición: Very Good. The book has been read, but is in excellent condition. Pages are intact and not marred by notes or highlighting. The spine remains undamaged. Nş de ref. del artículo: GOR003482195

Descripción Paperback. Condición: Good. The book has been read but remains in clean condition. All pages are intact and the cover is intact. Some minor wear to the spine. Nş de ref. del artículo: GOR003382120