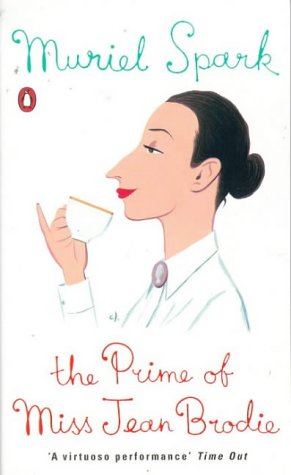 "Muriel Spark is one of the few writers on either side of the Atlantic with enough resources, daring, and stamina to be altering, as well as feeding, the fiction machine...We are never out of touch in a Spark novel with the happiness of creation; the sudden willful largesse of magic and wit, the cunning tautness of suspense."-John Updike, "The New Yorker "One of our greatest living novelists." -"The Times "Spark's powers of invention are apparently inexhaustible." -"Commonwealth "[Spark is] one of this century's finest creators of comic-metaphysical entertainment." -"New York Times "Some of [Spark's] finest fictions are novellas rather than novels, short enough to be read in a single dizzying sitting." -David Lodge "[Spark] has written some things that seem likely to go on being read as long as fiction in English is read at all." -"New York Times Book Review

Passionate, free-thinking and uncoventional, Miss Brodie is a teacher who exerts a powerful influence over the group of 'special girls' at the Marcia Blaine School. They are the Brodie Set, the 'creme de la creme', each famous for something - Monicafor mathematics, Eunice for swimming, Rose for sex - who are initiated into a world of adult games and extra-curricular activites that they will never forget.

1. The Prime of Miss Jean Brodie