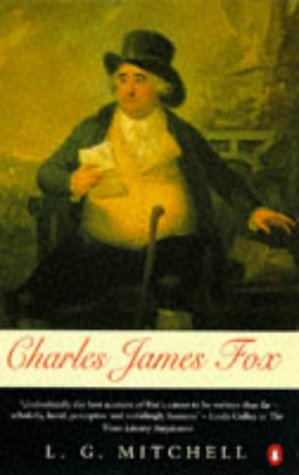 Charles James Fox was one of the most colourful and appealing figures in eighteenth-century politics. Notorious for the excesses of his private life, he was at the same time one of the leading politicians of his generation, dominating the Whig party and polite society. As the political rival of Pitt the Younger and the intellectual rival of Edmund Burke, his views on the major issues of the day (the American War of Independence, the French Revolution, Parliamentary reform) formed the character of Whiggery in his own time and for years to come.

Descripción Paperback. Condición: Very Good. The book has been read, but is in excellent condition. Pages are intact and not marred by notes or highlighting. The spine remains undamaged. Nş de ref. del artículo: GOR002295277

Descripción Penguin Publishing Group. Paperback. Condición: Good. A copy that has been read, but remains in clean condition. All pages are intact, and the cover is intact. The spine may show signs of wear. Pages can include limited notes and highlighting, and the copy can include previous owner inscriptions. At ThriftBooks, our motto is: Read More, Spend Less. Nş de ref. del artículo: G0140265813I3N00