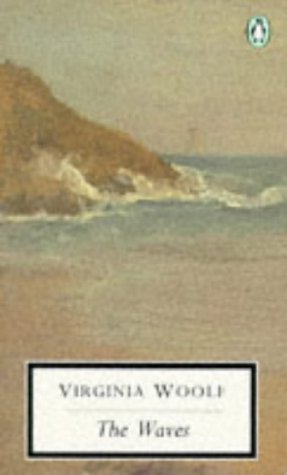 2013 Reprint of 1931 Edition. Full facsimile of the original edition, not reproduced with Optical Recognition Software. "The Waves," first published in 1931, is Virginia Woolf's most experimental novel. It consists of soliloquies spoken by the book's six characters: Bernard, Susan, Rhoda, Neville, Jinny, and Louis. Also important is Percival, the seventh character, though readers never hear him speak through his own voice. The soliloquies that span the characters' lives are broken up by nine brief third-person interludes detailing a coastal scene at varying stages in a day from sunrise to sunset. As the six characters or "voices" alternately speak, Woolf explores concepts of individuality, self, and community. Each character is distinct, yet together they compose a gestalt about a silent central consciousness. The novel follows its six narrators from childhood through adulthood. Woolf's novel is concerned with the individual consciousness and the ways in which multiple consciousnesses can weave together. The difficulty of assigning genre to this novel is complicated by the fact that "The Waves" blurs distinctions between prose and poetry, allowing the novel to flow between six not dissimilar interior monologues. The book similarly breaks down boundaries between people, and Woolf herself wrote in her Diary that the six were not meant to be separate "characters" at all, but rather facets of consciousness illuminating a sense of continuity.

Virginia Woolf, born in 1882, was a major modernist novelist and the centre of the inter-war Bloomsbury Group. Between 1925 and 1931 she produced her finest masterpieces, from Mrs Dalloway to the poetic and highly experimental novel The Waves. She also maintained an astonishing output of literary criticism, journalism and biography, including A Room of One's Own (1929), a passionate feminist essay. Suffering from depression, she drowned herself in the River Ouse in 1941.

Descripción Penguin Classic, 1992. Condición: Good. A+ Customer service! Satisfaction Guaranteed! Book is in Used-Good condition. Pages and cover are clean and intact. Used items may not include supplementary materials such as CDs or access codes. May show signs of minor shelf wear and contain limited notes and highlighting. Nş de ref. del artículo: 0140185623-2-4