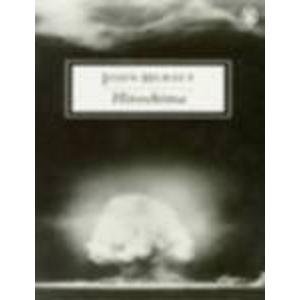 John Hersey was born in Tientsin, China, in 1914, and lived there until 1925, when his family returned to the United States. He studied at Yale and Clare College, Cambridge, served for a time as Sinclair Lewis's secretary, and then worked for several years as a journalist. He published seventeen works of fiction, including the Pulitzer Prize winning A Bell for Adano. Besides Hiroshima which was first published in 1946, he wrote six books of essays and reportage. He died in 1993.

Descripción Paperback. Condición: Good. The book has been read but remains in clean condition. All pages are intact and the cover is intact. Some minor wear to the spine. Nş de ref. del artículo: GOR001471769

Descripción PENGUIN BOOKS LTD, 1990. Condición: Good. New Ed. Ships from the UK. Former Library book. Shows some signs of wear, and may have some markings on the inside. Nş de ref. del artículo: GRP10226886