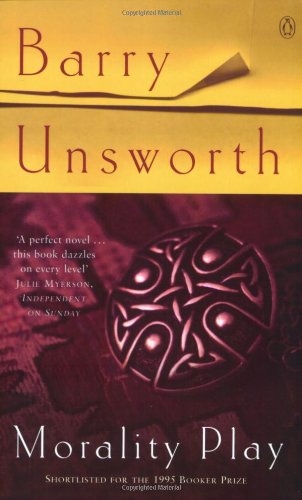 A perfect novel. . . . This book dazzles on every level. Its lyrically surprising, unforgettably credible, darkly challenging. You succumb happily on page one and stay in thrall right up to the quick, bruising end.--Julie Myerson

It is the late fourteenth century, a dangerous time beset by war and plague. Nicholas Barber, a young and wayward cleric, stumbles across a group of travelling players and compounds his sins by joining them. Yet the town where they perform reveals another drama: a young woman is to be hanged for the murder of a twelve-year-old boy. What better way to increase their takings than to make a new play, to enact the murder of Thomas Wells? But as the actors rehearse, they discover that the truth about the boy's death has yet to be revealed...